Hello 🙂 I’m Bobbie, and my mom is in charge of McCord Web Services; but the reason I’m here is because it’s Shadow Day and you get to shadow a person of your choice, and I chose my mom.  So since this is one of the things she gets to do, I get to make a blog!! Yay!

Pssst, if you’re a kid and you’re  reading this, the second link is so you can download the game~ Well, if your parents say so, that is~ 🙂

OHH! By the way! The game is completely safe!! I’ve been playing for, hmmmmm..  maybe a year and a half? And nothing bad has ever happened to my computer. Pinky Promise.

Okay, once you download the game from the link you can go to the launcher and log in once you make an account on the homepage. Then, you are free to choose a world: Epith, Teva, Bijou, Legel, Apoline, and Cypion. (Hey, if you asked me, i would suggest Epith… *hint hint* That’s the server I’m on… My Character’s name is Teeta and feel free to add me if you need a friend or need some help getting used to the game.)

Anyhoo, after you have selected your world you are free to make a character of your choosing: Archer, Mage, Fighter, or Cleric. The you can start training!! 🙂 There will be tons of controls so it can get a little confusing. Haha, I know how it feels, there was this other game Asda Story that I’ve been playing recently and when i first made an account– holy cow — it had alot of controls! Anyways after you get used to the controls on fiesta and you can move around, you can talk by pressing enter on the keyboard and then typing what you want to say and then pressing enter to send it.

The town you’ll start in is called Roumen, and at first the quests will give you what you need like armor and skills to use so you can use more cooler and fiercer attacks on the monster’s you need to fight.  You can walk out of the town and *gasp* there’s these weird purple poofballs in your way! Heh-heh those things are called slimes, the first monsters to kill that are for beginners. Later in the game, you can fight bosses like the King Crab (that’s the first elite monster you’ll need to fight for a quest) but chill, it’s not hard~ the Giant Goblin King or ggk for short, and the Mini Dragon (that’s for about level 80’s).

Oh! Almost forgot, if you press “c” on the keyboard your character’s stats will pop up and the box can show you things like: what level or “lvl.” your character is, the guild its in, how much experience or “exp.” it has, the percentage it’s at to show how much you have until you level, which the highest levels currently are, hmmm 105 for players but for GM’s (Game makers) it’s 150. **Also, something you can’t play the game without! Stats will also be shown, and depending on what class or type your character is, these are the stats i suggest.. (they will help make your character be the best it can be.)

Cleric: Raise the End, Str and if you want Dex stats. 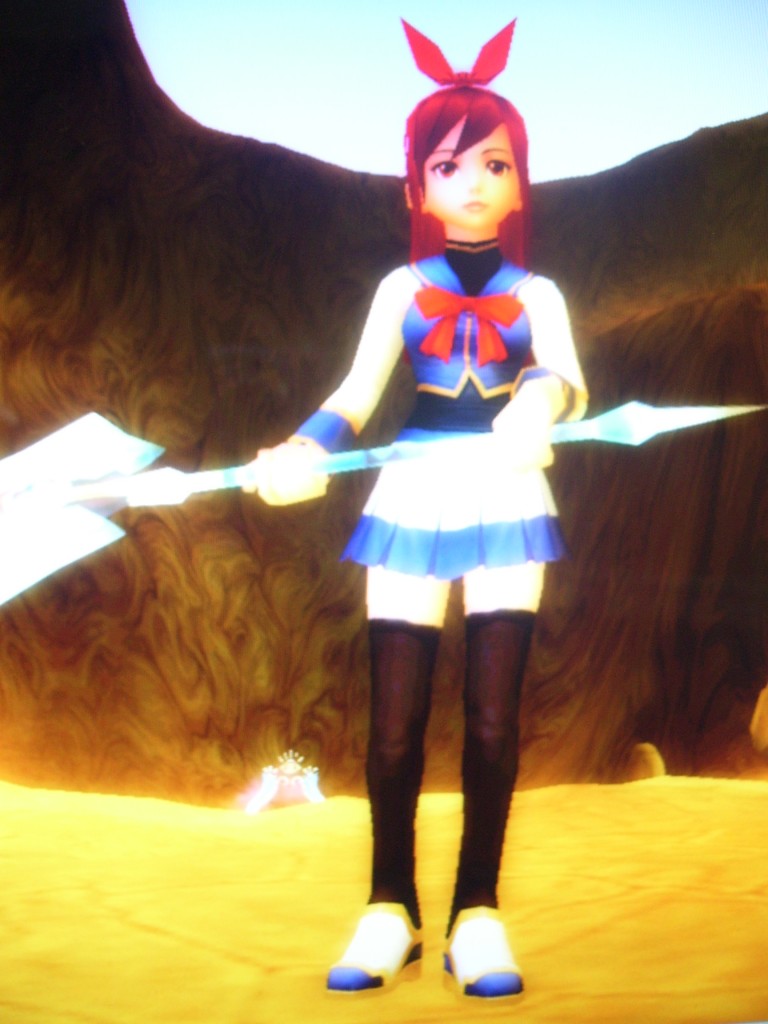 Fighter: Raise the End, Str and also, if you want, Dex stats. Mage: Raise the End, Int, and optional again, Dex. Mages have low health so putting some stat points on Endurance comes in handy.

And if you’re wondering what  “End” and “Int” and the others mean: Endurance, Strength, Dexterity, Intelligence, and Spirit. So Yup, those are some starter things to know.

Also, on the bottom right-ish side of the game screen there should be some panels and scrolls among them:

Help: If you need help with something, this may be able to assist you.

Inventory or your items which you can pick up from monsters.

Community or your friends, guild,  guild academy, master and apprentices, your mate (you can marry on the game.. kinda corny i know :P), and party matching (where you can post notices like when you’re selling stuff or if you need help or if you uh obviously.. need a party).

Skills which is where you can use skill points to enhance your attacks (Note: skill points and stat points are not the same.)

Quests which is where it shows the quests you’ve accepted to do. The max number of quests you can hold in 20.

Actions which is where you make your character laugh, dance, follow, etc.

*The Fiesta Store is where you can buy spark cash which is purchased by spending money on the site (5 bucks, 10 bucks whatever) and then you can buy these cool outfits or dress your character up and change their “do” and face and such. You can also buy leveling packs and pets that you can ride to help you get around the world, Isya, faster.

The world of Isya is big and so each realm of the land will have the monsters you need to kill to excel in the game. I sincerely hope that this has or will help you in the game. Until then, See you later… maybe in the game, who knows.

Whew, thanks for still reading through that. If you’re a parent and here phrases like “plvl” or “sc” or something like that, those are shortened meaning or words like “plvl” mean plevel and pleveling mean to power level someone by helping them with their quests. “sc” means Spark cash, which above, it says what that is.

Yes, this is a big game but it has very very good graphics and most likely will not clog up your computer and will not give a virus. No, I’m not bluffing. Anyways hope this has been useful to you or your kids because let me tell you: it makes time pass by and you’ll be hooked for a very long time.. handy for long summers where there’s nothing to do.

Have a great day. This is the end of my blog… for now. -Bobbie McCord 🙂

Fiesta Online from my view is the best game ever : ) . I have an account that is a fighter level 29. He uses an axe in Fiesta. At level 20, you fight your shadow in a cave, but you have to find the shadow and it has 5,000 health. You have at least 300 health then. You get skills and you can make stones and other stuff too.

My son Billy who is 12 years old has written this blog post as part of “Go With Your Mom to Work Day.”

Fiesta is the game sweeping kids around the globe by storm. I interviewed a player to see what all the commotion was about. It seems she couldn’t pick just one feature about the game to be her favorite, but here are some she mentioned. First was that she liked to use it for chat and the second was because she feels it has good graphics. I must say as a gamer, graphics are a big part of liking a game; it’s all about how it looks.

I asked her why she liked the game for chatting because there are plenty of ways to chat without a game being involved. She said none of her friends liked using AIM or other chat windows. Also her mother doesn’t want her to use them.

Next, I asked her, why do you buy enhancements that last under 30 days? (Mind you she spends real money on this) she answered 30 days is a long time to me and its only $5. Also I asked about marriage because I thought it was funny that characters would want to get married on a game. She said she doesn’t want to get married now, and didn’t say why others did it. All she said was that you have to pay for the marriage as well and the dress costs around $15 real dollars.

I then asked about hair coupons and what they do. She said the coupons are only $5 and they alloy you to change everything about your character’s face and you can even switch sexes. To close it up, I asked if a lot of people curse and what happens when they do, since this is a child’s game. She said there is cursing, but it is all blocked out and she doesn’t see it happen very often.

I hope you find this player review useful and can help you make a decision on whether to let your kids play the game.