I started out on Twitter a month of two ago and initially loved the interface, the interaction, and reading mundane information posted by others. Now I am looking at Twitter with a different perspective after having used it for a while.

I think if you have a community of close associates Twitter would be great like instant messaging on the fly, but if you don’t, Twitter is now all about marketing, self-promotion, and advertising. If you look at any mature Twitter site, it is chock full of links to eBooks, to people’s blogs, or how to buy their new T-Shirt. In fact it has gotten so bad now, that mainly I use Twitter to post my blog feed and occasionally monitor it for information.

Twitter is mutating as people figure out how to use it and integrate it into their lives. I do still feel that it’s a fine tool for a network of colleagues or close friends, but for me I am seeing it as a marketing vehicle and I’m not sure I want to read other people’s advertising messages in the rare free time that I have.

I’m sure that the makers of Twitter did not intend for the application to become an ad vehicle, but take a look at my Twitter friends posts and that’s all you see. http://twitter.com/mccordweb 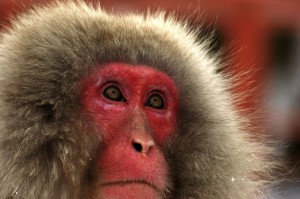 Are you one or are you pretending to be one? Don’t monkey around when it comes to your website and search engine optimization. If the person who you are interviewing to help you with your website cannot answer these questions or share with you their approach and process then you may be working with the wrong firm.

Here are the top questions you should ask:

If the firm you are speaking with is wanting you to pay a monthly fee as in number four, find out EXACTLY what you are paying for. When we do optimization, we do not need to go back and lay hands on the site pages each month. This may be a ploy to build a sale or pad a project.

If they do not have a good answer for number 6 and 7, you really should not use the firm. If they will be using tactics as in 8 and 9 you really should run away as these tactics may actually get you dropped from the Google index.