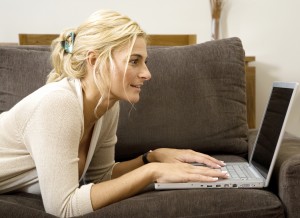 Don’t you hate that Apple tries repeatedly to install the Safari Browser bundled with iTunes and QuickTime! I have resisted downloading Safari as I really do not like the intrusiveness of anyone trying to bundle software and install it on my computer, and now Microsoft has released an alert about Safari.

You can read the full alert from Microsoft here: http://www.microsoft.com/technet/security/advisory/953818.mspx. It appears that Safari allows executable files to be installed on the desktop and take over your computer once you visit an infected website. Don’t think that could happen to you? The Google AdWords client who had his account hijacked was sending clicks to a poisoned website where malware was installed.

In some cases poisoned sites will install malware that your virus software won’t even detect. You do have to be careful of the neighborhoods you surf in. Using Safari on a Windows system simply keeps you open for problems. It also appears that Safari lets certain types of files be downloaded automatically without asking the user, a very dangerous protocol.

My recommendation is that if you are using Windows, stay away from Safari until Apple gets with the program in regards to security on Windows systems. By the way Apple, stop the bundling with QuickTime and the repeated nag boxes if we want your stuff, we’ll find you and download it, don’t try to shove it at us.