Getting a bad review online can be maddening, but don’t make it worse by responding without putting in a lot of thought to how your own response will be perceived by future customers.

I have a client who had a very poor review. When you are in business, you can’t please everyone, but in this case the owner shot off a rebuttal that when I read it, I just cringed. It made a bad situation much worse. It portrayed the business owner and staff as angry, resentful, argumentative, and vindictive. OUCH!

Sometimes a bad review can be a wakeup call. When you get a bad review, step back and look at it, could it be truthful, or have a grain of truth to it? It is very important to take a careful look to make sure that there is not a change needed on your part such as a change in office policy, customer service, or staff retraining.

If you feel that a rebuttal must be made. Focus on the positive, express concern for a problem, offer special attention from top management to repair the situation. Encourage the reviewer to recontact the office for a refund, redo, or credit on future service. Don’t write a hot rebuttal that trashes the reviewer or accuses them of being unfair or dishonest. This will only work to hurt you and make you look like the review was really true based on your hot angry response.

You can’t fight unfair reviews, but you can work to soften the blow and maybe even become better by taking the review as constructive criticism. Just be careful in your response and work to repair a poor situation not to make it worse with your own comments.

Today’s post is a guest post from the people at Chit Chat for Facebook. As we are concerned about kid’s online security, this product may be something that you may be interested in taking a closer look at for your family’s use. Although I have not used the product myself, I felt it was important enough to share the information with you in this special featured blog post.

The makers of Chit Chat for Facebook, an instant messaging application that runs on the desktop and integrates with Facebook, have recognized that the internet has become an important and indispensible tool in the education of youth. Students have immediate access to more information of better quality than at any time in the past thanks to the internet. Additionally, social interaction on the Web allows for the exchange of information and ideas on an unprecedented scale.

Collaboration on homework is as likely to occur online now as it is face to face. Students can not only collaborate with local peers, they can discuss topics with experts, hobbyists, and lay persons from around the globe, bringing expertise to any topic at hand. Of course, with access to information and expertise comes exposure to some unsavory elements as well. To parents, the problem is three-fold because they wish to protect their children while simultaneously encouraging them to explore the world available online and also allowing them their privacy.

The makers of Chit Chat for Facebook understand these concerns and the desire for Facebook parental controls, which is why they have chosen to pair their award-winning Facebook chat application with the best security software offered by United Parents. United Parents Child Protection Service is a leading provider of solutions for parents who want to protect their children online while respecting their privacy.

Chit Chat for Facebook is a desktop program for Windows PCs that provides an enhanced environment for chatting through Facebook. There is actually no need to be connected to Facebook to use Chit Chat because it interacts directly with the Facebook servers. The fact that Chit Chat is a separate application allows for enhanced security features to be enabled that may not otherwise be available through the Facebook user interface. By integrating Chit Chat for Facebook and United Parents, the following child internet safety protections can be offered while still respecting a child’s privacy.

The Child’s Summary Dashboard is the main feature of United Parents and it offers a continuously updated analysis of a child’s online behavior. This includes the times the child is online, demographic information of the people the child is communicating with, and the top subjects discussed. There are no details in this report that would violate the child’s privacy or provide parents details of personal discussions. Rather, the summary is just that, an overview of what is going on that can help parents to identify red flags and then discuss them with their children before any problems arise.

In addition to the Dashboard, United Parents Child Protection Services also offers monthly reports that are sent by email and Alerts that can inform a parent if or when a child gets into trouble online. Probably the most innovative feature offered by United Parents though is Digital Graphology. This can be thought of as an online fingerprint system, which analyzes the grammar, phrases, sentence construction and other behaviors of individuals who are communicating with the child. Because these patterns are unique, United Parents can compare them against a database of known predators and bullies. This means that no matter what the screen name or location, if a digital fingerprint matches that of a known offender, parents can be notified. What makes the system even more innovative is the fact that it updates based on user experience. Thus, the more people who are using the system, the more effective it will be and the more complete the database.

Many parents are concerned about the ramifications of such software on their relationships with their children. Some also worry that it is a violation of trust. However, United Parents has taken great care to address the issue of privacy, which is the reason the makers of Chit Chat for Facebook feel comfortable partnering with them. The key feature of the software is protection, not intrusion. There are two important aspects that must be considered to make an informed decision about United Parents. First, the software is primarily intended to identify threats, not to record or eavesdrop. Its principle intention is to monitor patterns of behavior and flag acts on the part of the child or those they are communicating with that may be dangerous. In many cases, children are not even aware of the potential danger of a situation.

The second aspect of United Parents that needs to be considered is that it leaves control in the hands of parents, who are encouraged to use the software to interact with and better understand their children. Then idea is to alert parents to risks so that open dialogue can occur. In essence, United Parents is looking to bring children and parents closer together.

The industry for Facebook chat applications is awash in options, which makes choosing a particular application somewhat difficult. However, for parents who wish to protect their children while allowing them their freedom, the only real option is Chit Chat for Facebook as it is the only one to pair with an online child protection service. Many parents regulate how and when their children use Facebook. It is, after all, a potential source of bullying and cyberstalking. Facebook software app, Chit Chat for Facebook, aims to give both parents and children peace of mind through partnership with United Parents.

I see this all the time, it is not uncommon at all. A business person buys an existing business, several months or years down the road they want to solve problems with organic placement and find out that they have no access to the important tools that control their online presence.

For any business owner considering buying an existing business, these are the things you should demand before the final payment for your new business changes hands. Then verify that they have been done before you sign over the last check.

You will never have more leverage to get what you want than before you make your final payment or before you pen your final signature to a contract. I have seen a number of instances when new owners simply did not know to make these changes and we have had to re-mediate them at expense to the new business owner. Be smart, be careful, and make sure you are not locked out of some of the most important tools to grow your new business. You should be in control not the old owner or an old account manager.

Just this past week Google rolled out a badge maker for your Google+ Business page. You can find the creator here: https://developers.google.com/+/plugins/badge/config With the free creator you can make a badge for your Business Google+ page just make sure to insert the correct ID that you can find in your page’s URL.

See this number 111658254454469926987 right in the middle of the URL, that’s the number you grab and put in the badge creator tool in the spot it asks for it. Then you can select your size icon like the one at the top right of our post that is red. You would then insert your code into your website in two places or send the code to your webmaster to install for you.

I’ve been taking another careful look at Google+ and I feel that you should too. There is just too much money behind this site to discount it too early in the rollout. Google+ is also testing scheduled updates with one of the tools we love HootSuite. Stay tuned on that topic! 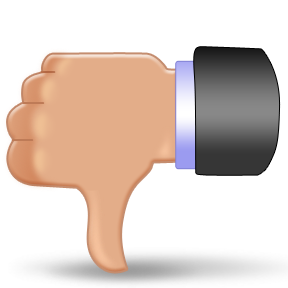 It’s a good thing to try out new things, but sometimes those things you try out simply aren’t very good. Pagemodo automatic Facebook Page/Tab creator is one of them.

I read about www.PageModo.com in PC World Magazine. I decided to take a look to see if the online application was as great and as easy to use as PC World Magazine said it was. I ran it through set up and published my page using their free version. I spent quite a bit of time working with the interface adding images and text. What I found was that this was more frustrating to use than creating your own developer page with HTML.

This is my feedback:

I have to say that for people who have no HTML skills and hours of time on their hands, they may be able to painstakingly create a nice looking page for their Facebook Business page. Will I use it again, no, it is too time consuming and buggy for professional use.

This is what I have set up. When someone mentions me on Twitter on #FF or Follow Friday. I have Ifttt set up to send an automatic thank you to the sender – cool!

I’ve also got my blog feeding to Google+ using Ifttt also. There are literally hundreds of actions that you can use or you can easily create your own. It’s worth a quick look, you might just find and action that needs your action too.